OVER THE YEARS
The Pilote group emerged from a creative idea: in spring 1962, in the family cabinet-making workshop, André Padiou produced the first Pilote caravan, marking the beginning of the group’s history. Ten years later, his brother Philippe took over to become CEO of Pilote.
​
After a few years, brimming with visionary ideas, he began to produce the first motor homes, working alongside a passionate team who place the end product, quality standards and customer satisfaction at the heart of their endeavours. Immediately successful, the Pilote group soon became a leading player in the recreational vehicle industry, gradually working its way up the ranks to become one of the biggest names in Europe.
FIND OUT MORE ABOUT PILOTE WITH 9 KEY DATES
​1962: CREATION OF THE PILOTE BRAND
1978: THE MOTOR HOME ADVENTURE BEGINS
1981-1985: INVENTING AND EXPORTING
1990: FRANKIA, THE PRESTIGE RANGE
1992-1996: ADVENTURE WITHIN EVERYONE’S REACH
2000-2001: HIGH-END SPECIALIST
2002-2004, THEN 2010: THE GROUP THRIVES
2015: HANROAD, STURDY AND FUNCTIONAL
2016: THE HISTORY OF AN AMBITIOUS FAMILY
DeLuxe RV are delivering you the Pilote European range of Motorhomes. We are specialising in the low profile Pacific Range and the "A Class" Galaxy range at this time.  DeLuxe have deliberately brought you a selection of Motorhomes with sophistication, design and flare which utilises every available space at an affordable price.

All of the Models we are bringing into NZ will be on a WOF (except the G781C) - which is a huge saving especially in the first 3 years.

Maybe now is the time to be a little selfish, just the two of you holidaying in style and luxury. There is also the option of having friends stay with the larger models or maybe share your new investment with your family.  Now is the time to pack up and take your home comforts whilst exploring the beauty of the New Zealand countryside.

DeLuxe now have a range of Pilote Motorhomes on display at our Blenheim sales yard, RV Mega in Tauranga and Freedom RV in Christchurch.

​We understand that when you make an investment this big you will shop around. To make it easy we have created the checklist below so that you can easily see the features of the Pilote range of Motorhomes. To date they have far exceeded even our own expectations. 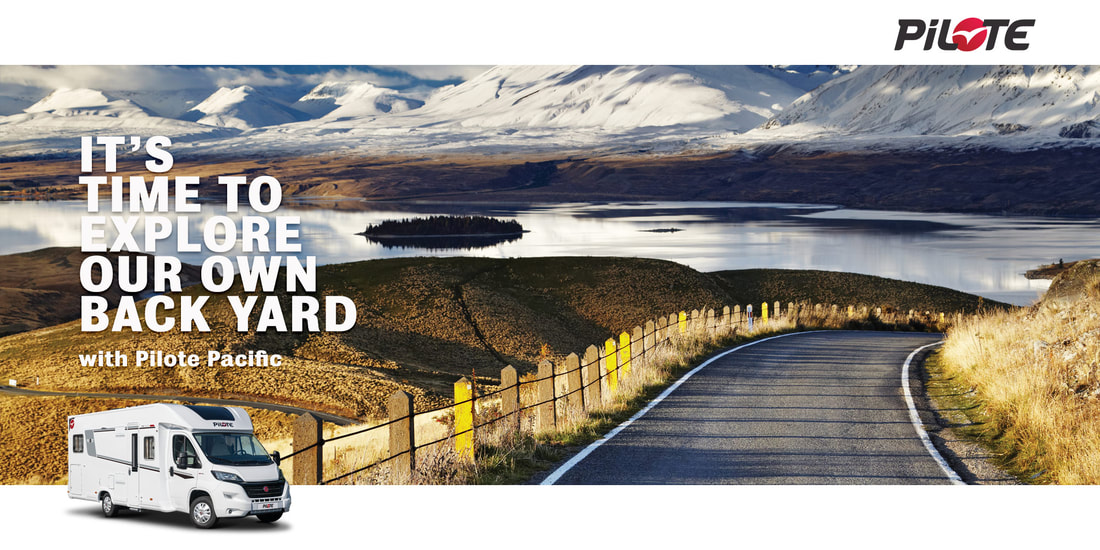 Why Choose a Pilote Pacific Motorhome?

​There is a huge range of European Motorhomes now on the market both brand new and second hand. It makes life difficult when trying to make a purchase decision when there are so many options. It can become “information overload” with so much information, and in so many different locations. As a quick reference tool the following are things to consider when making comparisons. We will never be the cheapest with the Pilote range and we don’t want to be. We will however offer great value for money when comparing the quality of finish plus the inclusions and upgrades which come as standard with all models. In-particular you need to compare engine specs and transmission, the quality of the finish and the inclusions between brands.

The Pilote Pacific P650C is packed with all of the features of it's bigger brothers however being slightly shorter means that it can fit into those tighter spaces for customers with smaller sections. It also has the benefit of being easier to park and manoeuvre when travelling through towns and cities.

Available in both a single and island bed layouts.
view our listings

The Pilote Pacific P720 range features a large storage locker, good sized living, separate shower and toilet with dual opening doors and an ample kitchen whilst measuring just a smidgen over 7 metres at 7.2 in total.

Available in both a single and island bed layout, on order at current are all island bed models.

The P740 range is the perfect compromise measuring 7.4m long and featuring a separate shower and toilet with island or single beds in the rear.  You are going to love the high specifications of the Pilote range and will certainly be proud to show it off.

This model comes with two bed options including either Island or single beds in the rear. The front of the motorhome has a large drop-down bed and an open facing lounge layout with a very popular folding butterfly table. ​
View our listings 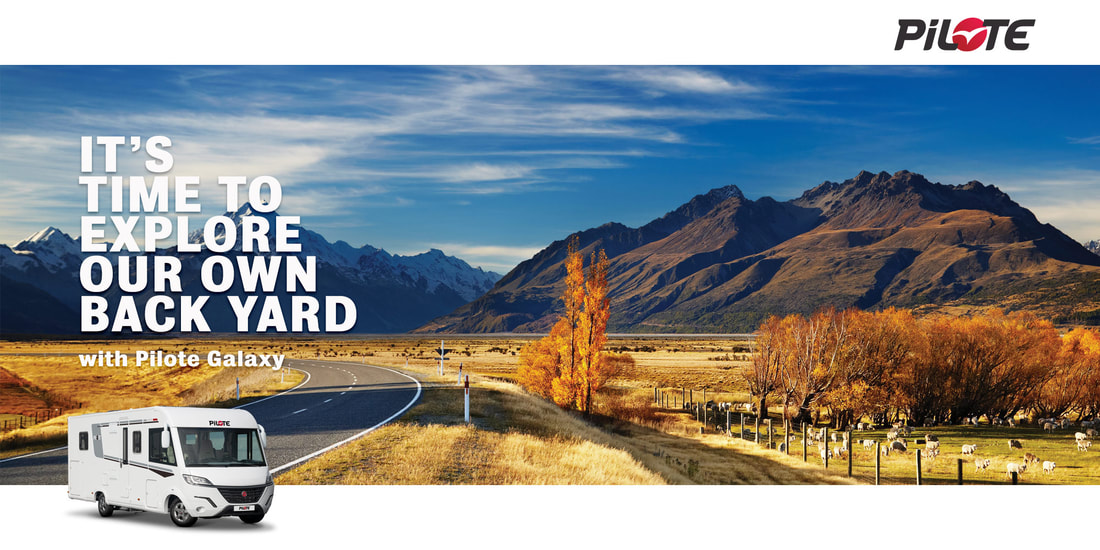 Why Choose a Pilote Galaxy Motorhome

Currently on order are the Island and Single Bed layouts.​ Photos below are of the single bed model and front cupboards in lieu of a front drop down bed.
View our listings

The G740 range is the perfect compromise measuring 7.4m long and featuring a separate shower and toilet with island or single beds in the rear.  You are going to love the high specifications of the current Pilote range and will certainly be proud to show it off.

This model comes with two bed options including either Island or single beds in the rear. The front of the motorhome has a large drop-down bed and an open facing lounge layout with a very popular folding butterfly table.
view our listings

Why choose a Pilote Van

The Pilote Van is best described as a compact Urban Motorhome. These are amazingly popular in Europe and can act not just as your escape to paradise but are also an excellent commuter vehicle.
view our listings 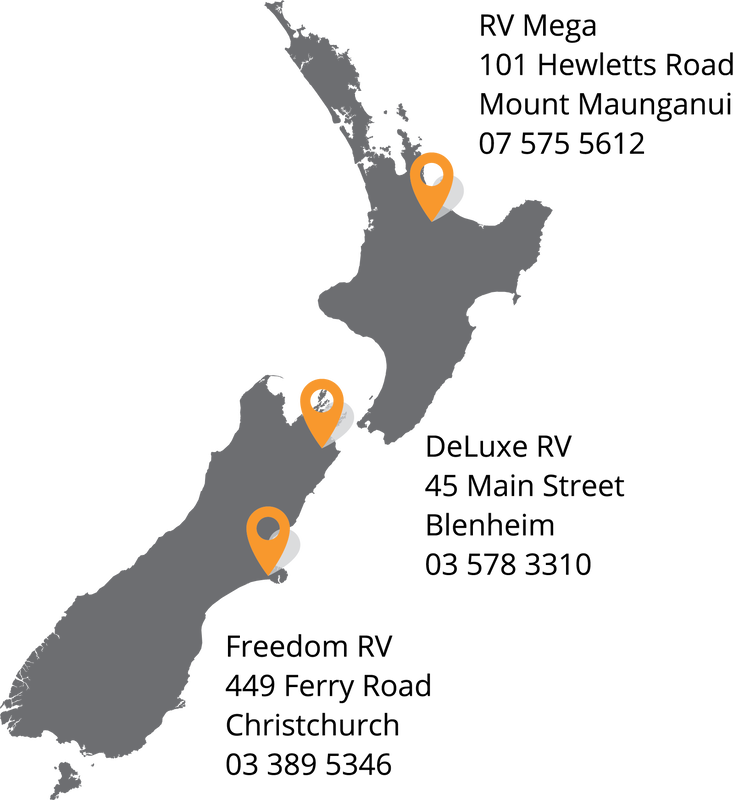 We were very privileged to take part in a detailed tour of the Pilote factory. Here are some behind the scenes photo's of the factory and how the P Class and the A Class motorhomes are assembled.
Interested in more then take a look at the pilote website
DeLuxe RV Group